Mobility – Chinese is a Plus

Within the programme of the French May 2008 the exhibition «Mobility – Chinese is a Plus» was presented at the gallery 1a space. Mobility was also the annual programme focus of the gallery.

Curatorial text by Cornelia Erdmann:
Sylvie Boisseau and Frank Westermeyer are a French-German couple and artists’ team, who alternately live and work in France, Switzerland and Germany.

In their work Boisseau & Westermeyer devote their interest to spaces that are determined by language. The human being not only lives in physical spaces, but also in linguistic realms. These psychologic spaces coin the mindset and structure our comprehension of a culture possibly more than the physical space in which we move around. In the age of globalization in which air-travel enables us to bridge almost any geographical gap within half a day and in which global brands and commodities tend to wipe out the traditional obvious differences, spoken and written language becomes the key to understanding the other’s mindset.

It is a common place today that China in recent decades saw a dramatic development that brought it to the forefront of today’s global economical and political processes. Together with this development also the Chinese language suddenly experienced a complete re-evaluation: after many decades as an “exotic” language seemingly without much practical value to the West, progressive Europeans and Northamericans today hire Chinese nannies to teach their children Putonghua. In the coming “Chinese century” speaking Chinese has become a definitive plus.

During their research for the current project Boisseau & Westermeyer came across the Chinese author Lu Xun. Despite him being hailed as “commander of China’s Cultural Revolution” by Mao Zedong, and his important position in the offical literature canon of the mainland, Lu Xun is rather little known in the West. Lu Xun’s writings in many ways reflect on the nature of language and (national) identity in opposition to the feudal system: as one of the first Chinese writers he adopted the vernacular language of his contemporaries for his stories, in opposite to the classical literary Chinese up until usually used by any educated author.

For Lu Xun, like for Boisseau & Westermeyer, identity as provided through language remains an ambivalent construct. The space of language does not provide us with steady and permanent coordinates that can always be relied on. Language changes its meaning according to the backgrounds of the speaker and the listener(s), but also according to the physical space in which it is spoken.

The Installation
“Mobility – Chinese is a Plus” is a video installation with two alternately running videos of each 20 minutes length. The videos are projected onto opposing walls. The room in between then remains empty and quiet, thus accentuating the monologues of the performers.

Boisseau & Westermeyer base “Chinese is a Plus” on a kind of empirical experiment: In Stuttgart, Germany the artists find a node of intense engagement with Chinese identity in the form of a Chinese language school. There, in separate courses, youths with a Chinese migration background learn their mother tongue, while in the adult courses next door German professionals learn Putonghua as a foreign language for career reasons.

The artists-observers follow the lessons and let the various students reflect on their ideas of China as well as on their personal reasons for learning this language.

The images of Chinese and life in China differ substantially between the two groups: Paradoxically the teenagers with Chinese backgrounds use their supposed mother-tongue – which they nonetheless have to learn in a language-school – to explain why they actually don’t want to or can’t live in China. As they grow up in Germany they feel unable to ever assimilate to their culture of origin. They draw a fearsome and intimidating picture of their co-nationals: the aledged pressure from society and in Chinese schools, the strict rules, the amount of homework, the competition and rudeness among fellow-students seem unbearable.

In opposition to this the German business-people dream in Putonghua about the seemingly endless possibilities and options in China. All of them long to live and work in China and learn Chinese to be able to emerge into its rich culture.

Probably both of these views are fictional, based on a limited understanding of a language (and culture), yet combined with different personal backgrounds. A conclusion is not really given in the video installation. However, the artists transfer for both groups the idea of Lu Xun, that it is essential to engage in language and in literature for a better understanding. The language teacher in the teenage class even more dramatically points out how the understanding of a language (and culture in the end) helps (global) peace. According to Lu Xun, he hopes to change people’s frame of mind by studying the language. He says, “hope lies within the future”. In any way, Chinese language is a plus. 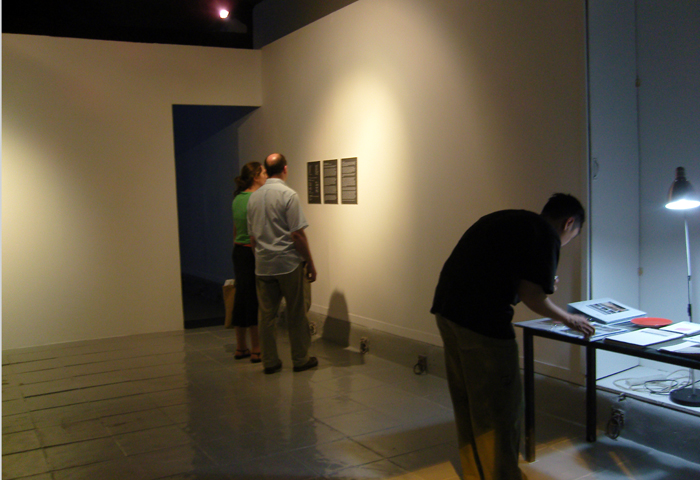 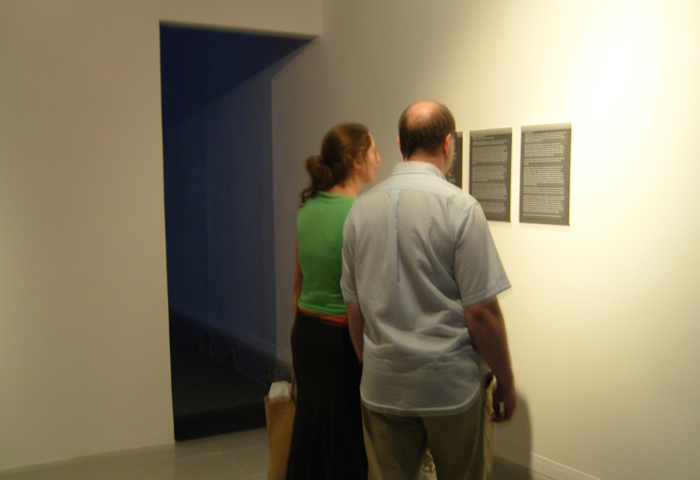